Picking up the bricks, that the ‘machine’ helped to lift… then we had to ‘clean’ them… (so that they were ready to be re-installed next weekend)…and then stack them!

One of my co-workers and I preferred the ‘old fashioned shovel approach…. see our ‘skid’ of bricks in the back ground…. 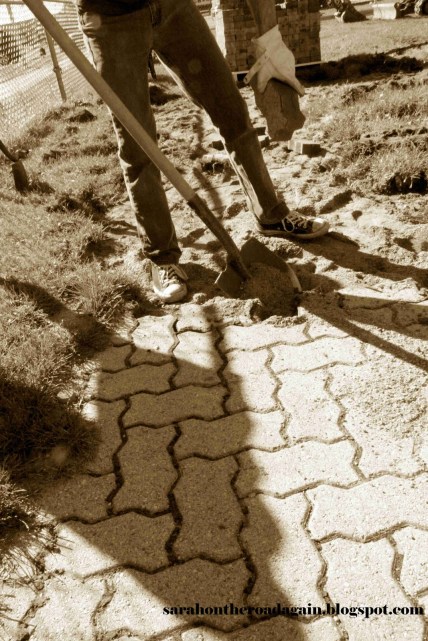 Here I am… chees-ey smile and all… cleaning bricks…. (and you can see Milo in the background if you look really closely)

A view of some of the structures that were being moved… (some are being re-used, some donated, and some well they just aren’t in good enough condition to re-use…) 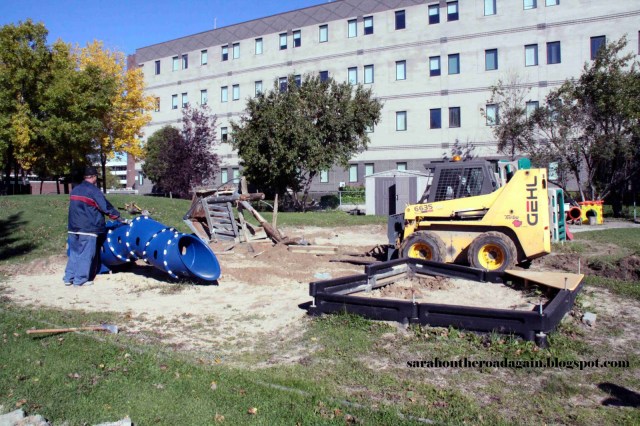 Then there was the sod that was ‘rolled’ up… to be put aside and then put back down after the ‘hill’ is flattened a bit! 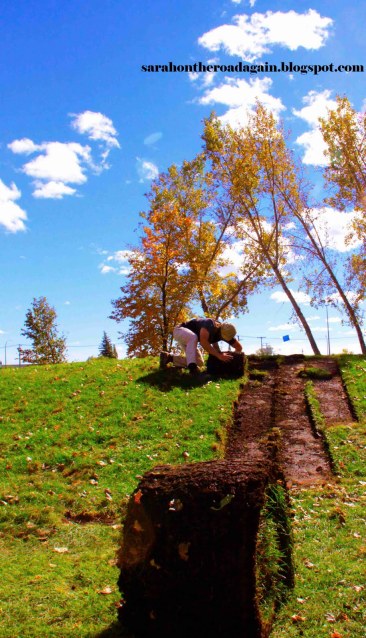 Of course… I wanted to test out the ‘machines’… (I didn’t get to drive this one….. I just pretended…) 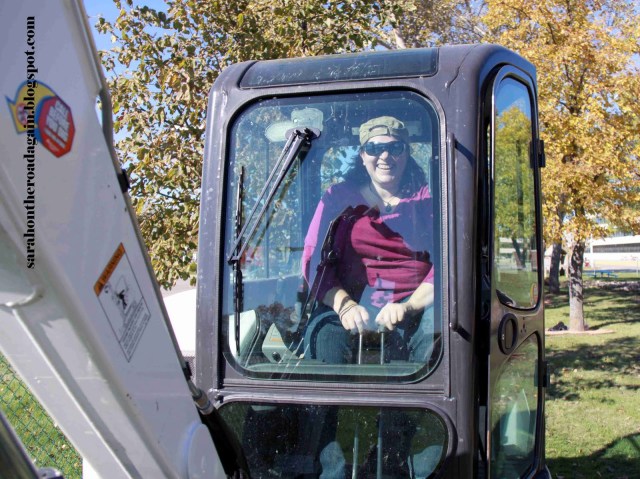 Ahhhhh this little guy was kind of cool… one of my first questions to the guy that was helping out was… “what are the chances I get to drive that guy?” He laughed and replied, “ummm Not going to happen!”… 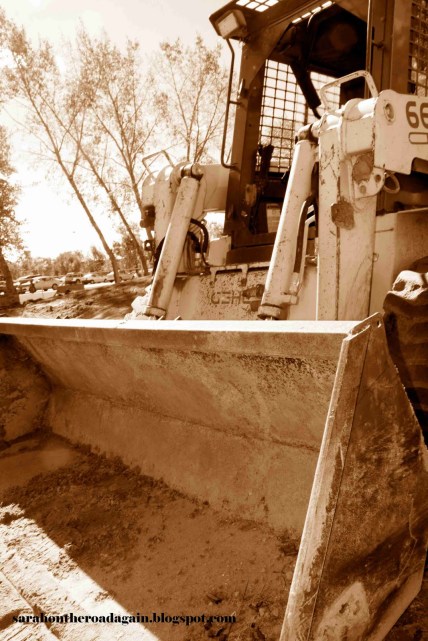 Well I worked hard along side my co-worker.. we had a great system.. (my tetris skills of putting together shapes, and his use of a shovel… kept us going)… and in the end we ended up taking the corner/and a majority of the path along one side of the playground…. (we filled 4 flats of bricks!!)
As I was about to leave… I jumped in this ‘bad-boy’… and then I got to drive it… oh ya…. and it was fun!  Here I am tryin to sort out the “hows” (lots of levers, buttons and stuff….)

But I got it down with a few pointers… and turned that guy in a circle!!!

Now a question for Samuel… do you know what that little thing is called?! (I have no clue and I hope you can help me out!)

All in all it was an AWESOME day… and I’m glad that this daycare is well on the way to having a more ‘natural’ space…. I’ll probably be heading back next weekend.. so I’m sure there will be more pictures and stories to tell…. although I’m not sure I’m going to want to see another brick again in my life… (but I have a sneaky suspicion that next weekend I’ll be helping lay them for the ‘new’ bike path!)

I’m off to go back and enjoy that sunshine… Hope everyone is having a fabulous Saturday!

Posted on September 18, 2010, in work mates and fun. Bookmark the permalink. 5 Comments.