Up Close and Personal: a look at a Snowy Owl

On Friday after lunch I found out that the Conservation Officer had a Snowy Owl that was injured at the Wildlife Office.  A group of us jumped into a truck to go see it.  I got to ride in the back!  Here’s a few shots on the way to the wildlife office. The first is a self-portrait can you see me? I also included of a shot of the outside of the wildlife office and a shot of the fiord (taken from the back of the truck while we were driving!)

Isn’t she gorgeous? She was badly injured…a group of Ravens had been attacking her.  I heard from someone that a group of 20-30 ravens had been swarming and attacking her.  Someone said she could only fly for 10feet before dropping back to the ground.  Then the Ravens started swarming her all over again.  While I was there looking at her she was very still, and didn’t move much at all.  Just watched us with her big eyes. 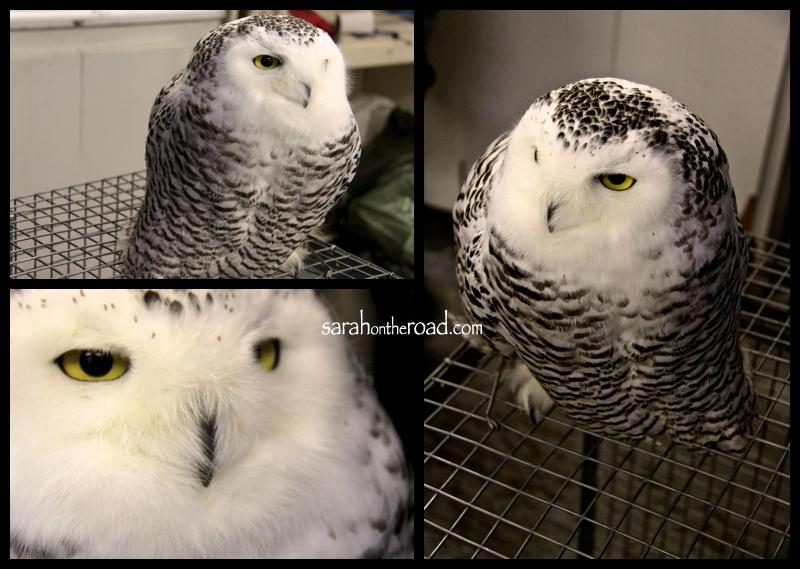 Sadly she was too injured to survive and the Regional Office ordered her to be euthanized. I heard some talk that they were going to send her to the taxidermy so at some point she will come back and be put on display in Pang.

It was really neat to see her up-close though.  It was a reminder of how sometimes it really is the survival of the fittest and how much I don’t like Ravens!